The Natural History Museum’s iconic Diplodocus cast, is going on a natural history adventure across the UK. “Dippy” lived in London for over 100 years but now he’s on an adventure around the UK. Following his visits to Dorchester, Birmingham, Belfast, Glasgow, Newcastle-upon-Tyne and Cardiff, “Dippy” had arrived at Number One, Riverside, Rochdale.

Nine intrepid explorers made their way by train, tram and foot. We followed the footprints and gasped when we discovered: 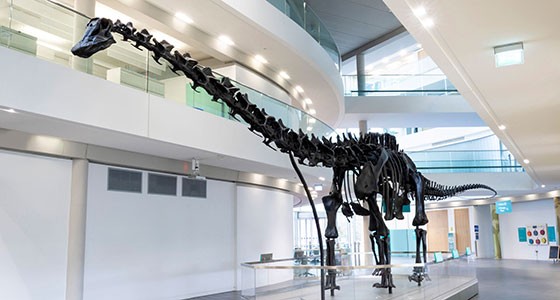 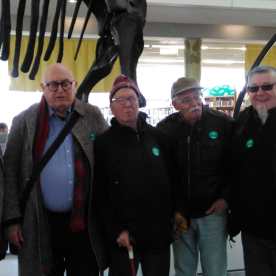 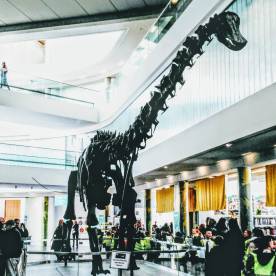 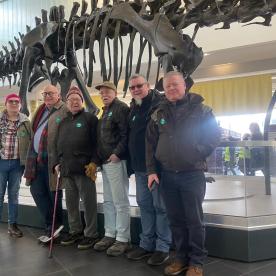 On our way to the Baum pub on Toad Lane, we passed the Town Hall and the Gracie Fields statue. Rochdale Town Hall was said to have been on the Nazi shopping list, due to its impressive architecture. Hitler admired it so much he wanted to dismantle it brick by brick and rebuild it in the giant new capital city of the Third Reich – Germania – which would have featured buildings from conquered territories. 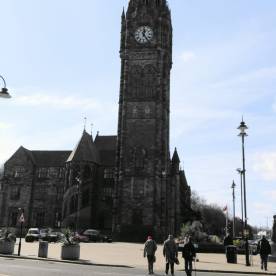 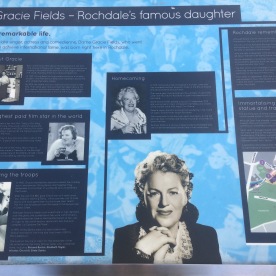 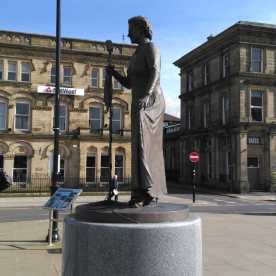 The Baum pub is highly recommended, although it’s a bit out of the way and a little difficult to find. The pub was crowned winner of the national pub of the year competition by real ale group Camra, due to its range of beers, atmosphere and warm welcome to customers. The pub has old world charm and the food was excellent.

We visited The Touchstone’s Museum before making our way back to Manchester.

One thought on “Dippy on tour!”