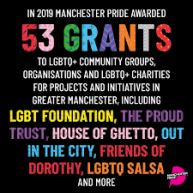 Last year Manchester Pride gave out 53 grants to LGBTQ+ community groups, organisations and charities for projects and initiatives in Greater Manchester including Out In The City. We are very grateful for the grant and would like to thank Manchester Pride. The money was used to fund visits and trips for our members.

A small number of us went to The Bridgewater Hall to see the Royal Northern College of Music Opera Gala. The group featured a soprano, mezzo-soprano, tenor and baritone. We were treated to short pieces by Verdi, Gounod, Mozart, Bizet, Handel & Tchaikovsky amongst others. It was excellent and we all thought it was the best concert we had seen at The Bridgewater Hall.

They each had a guest who joined them for the day and they were picked up by a limousine in the morning and taken home by the same car after the game. They were given enormous respect and hospitality throughout the day. Pauline said: “It was like winning the lottery. If you had asked any of us growing up in the 1950s as small children if we could ever walk out on the pitch with “our team” … we would have thought that was a fantasy. Yesterday our dreams came true. I have been a Red for 66 years now.” 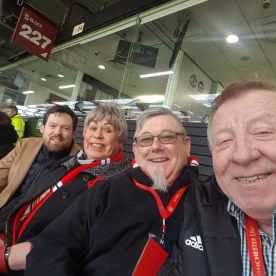 All eleven were photographed and filmed. They spent the day practising to be in position for the game, then actually shaking hands with all the players and the manager, Ole Gunnar Solskjaer, and then watching the game with their guests in fabulous seats. They also found time for the complimentary food and drinks of course! Pauline added: “Being on the pitch in front of 73,000 plus people was both special and unique. And the big bonus was winning 3-0 with three fabulous goals”. 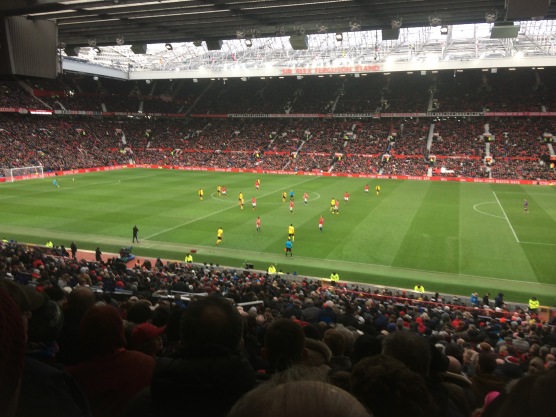 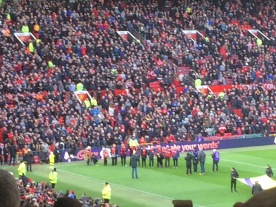 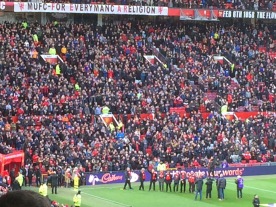 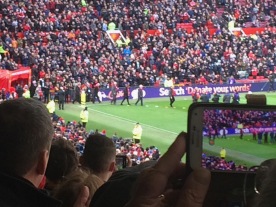 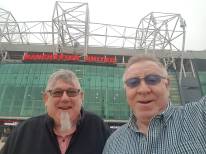 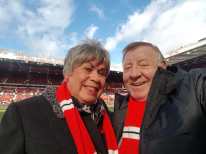 During the course of the game Carole and Pauline were asked to be on BBC Breakfast This Morning. The topic was loneliness amongst older people.

On This Morning Carole and Pauline both talked about how new doors have opened in their lives and Pauline also promoted the LGBT community including Out In The City. They were also interviewed by MUTV as well.

I have struggled to download the photos from “Whats App” about the trip to the National Coalmining Museum, hence the delay in this post. I will post the photos another time when I can access them. But there’s one or two from Facebook and the internet. 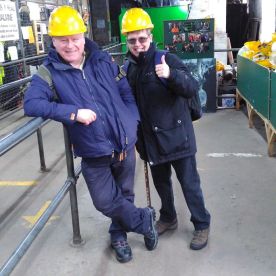 We travelled by tram, two trains and two buses and eventually arrived at the National Coalmining Museum. We had a nice lunch in the cafe and ended up a bit late for our tour ‘darn pit’ at 2.00pm. Our guide, an ex-miner with a ‘reyt’ broad accent, was a bit annoyed as he confiscated our ‘contraband’ (watches, phones, cameras and rucksacks). He told us Manchester people about electricity as if it were a modern technology that we had never heard of!

However with loads of experience under his somewhat heavy tool belt, he soon lightened up as we squeezed into the lift cage taking us 160 metres below ground. (Blackpool Tower is 158 metres tall!) 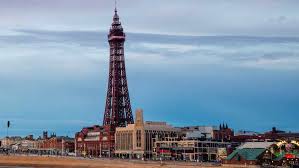 He got us to “shut that door” in the style of Larry Grayson and led us through narrow passages as he gave us a talk through 180 years of mining, explaining the origin of the expression ‘shut tha’ trap’ when families (including women and children) worked in the pitch black mines for twelve hour shifts and the only schooling was on Sunday.

The Mines and Collieries Act 1842 barred women, girls and boys under 10 (later amended to 13) from working underground, leading to the widespread use of horses and ponies in mining in England. Sadly, the pit ponies often went down the pits for life.

When we were ‘done and dusted’ we were free to explore life above ground. We all agreed it was a great day out.