One of Larry Grayson’s sayings was: “What a Gay Day!” – well this has been a Gay Week.

On Monday I went to the Pride in Ageing public consultation at the LGBT Foundation and had a nice chat with Lawrie Roberts, the Manager of a new programme of work at the Foundation to end the inequalities faced by older LGBT people.

On Tuesday several members of Out In The City went to the launch of a “Diversity Exhibition” at the Mustard Tree charity which featured art and poetry and a slide show – “Travels of a Gay Squaddie”.

On Wednesday, after the Out In The City meeting, three of us visited the Manchester Metropolitan University for a lecture titled: “Unbuilding Gender: Trans* Anarchitectures in and Beyond the Work of Gordon Matta Clark”. The Queer Research Network Manchester had invited Jack Halberstam, a Professor of Gender Studies and English at Columbia University to talk about the new politics of trans*. 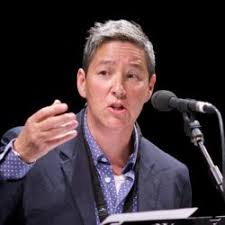 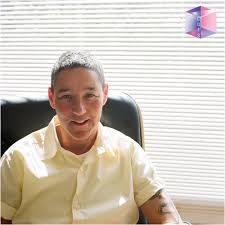 The lecture was so thought provoking and the range of material was breathtaking. This is Helen’s summary of the lecture:

Our group was invited to attend the research event given by Jack Halberstam, and three members attended (Helen, Albert and Tony).

Jack Halberstam gave a world wind tour around his subject so that the participants could place his research in context and the functionality of action as it relates to our everyday structures and mores.

The built environment and how this impacts on us are often dictated by society’s values and moral judgements, certainly in the case of social institutions and ideas that actually influence people’s lives or views of the world and integration into society. For Jack this was a crucial component of Gender and Sexuality. He challenged the so-called common sense understanding of masculinity and femininity.

Jack used the work of Gordon Matta Clark, art and structural functionalism as a framework to better perceive how the built environment affects and indeed controls our lives. He raises the question how we as humans can survive within capitalism without a destruction and reorganisation of our built environment. The prospect of this without collaborative survival mechanisms is problematic.

For him the present structures produce an imbalance for humanity, an alienation and loss of a focal point almost losing our visibility of where we are within the natural evolution of  “humankInd” – something quite stark and brutal.

This was then juxtaposed so that destruction and reconstruction could provide growth to move away from these tight confines and provide a built environment, which fits the needs of humanity. By changing the architecture we change our lives and remove the dissonance and create harmony within its new structure.

Jack gave some basic examples, one being the reconstruction of gender neutral bathrooms given the controversial nature of trans women using women’s loos (certainly in the USA) when in fact it’s a non issue created by the political right. This whole issue is about the misogynistic nature of capitalist society. Indeed this creating difference is for the sole purpose of maintaining the status quo and male dominance within society.

Whilst this is a minor issue a more fundamental one is the use of and building of homes purely for investment. Jack argued that vast quantities of housing is not produced for use value but to store wealth. He felt that capitalists funded housing development actually knowing that it would never be occupied or used for homes. In a sense the empty properties create a pool of homeless people so that speculators can accumulate. Likewise many young people will never be able to own a home. He actually felt owning was part of the system and many people fell into this concept but in reality could not keep up with the mortgage payments. Jack’s view was based on his reflections on Gordon Matta Clark’s statement that “Nothing Works”. Nothing Works is an important message for the destruction and reconstruction of our built environment.

He ended his lecture by discussing the writings of Judith Butler – Undoing Gender. He felt the early feminists and even those anti-trans feminists of today are in actuality fighting the wrong battles. He referred to Paul B Preciado’s “Pornotopia – An Essay on Playboy’s Architecture and Biopolitics” and Audre Lorde’s quote “For the master’s tools will never dismantle the master’s house. They may allow us temporarily to beat him at his own game, but they will never enable us to bring about genuine change”. Your silence will not protect you …”

It sounds heavy, but in fact the lecture was an absolute treat.

We visited The Hardmans’ House at 59 Rodney Street, Liverpool – a fascinating home and photographic studio – that belonged to renowned photographer Edward Chambre Hardman and his wife Margaret.

Presented as it was in the 1950s during the height of their business, the house and all of the Hardmans’ original possessions perfectly preserve what life was like for this talented couple. 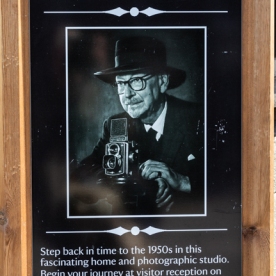 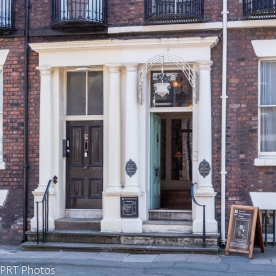 From the waiting room to the studio, the kitchen to the bedroom and the darkrooms to the exhibition rooms, there’s so much to see.

The house was both a business and home for the Hardmans. The majority of the house provided space for clients to wait, change their clothing and sit for photographs. Behind the scenes, the staff would be busy developing prints in the cellar and then preparing them to be sent to clients in the retouching room and mounting office.

The Hardmans lived in just three small rooms within the house. Their main focus was the prosperity of the business so they didn’t have much time for household chores. Preferring to dine out and to travel for inspiration, they spent very little time relaxing in their cramped living quarters at home. 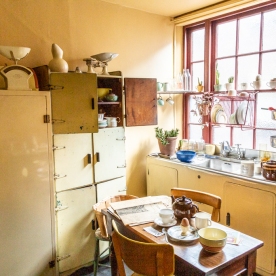 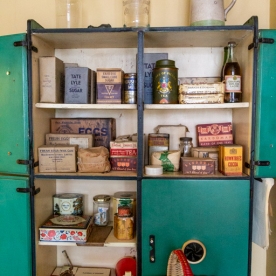 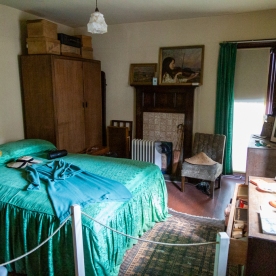 The Hardmans photographed some gay icons: Ivor Novello – composer, actor and entertainer (on the wall behind Stuart) and Hugh Paddick, an English actor, whose most notable role was in the 1960s BBC radio show Round the Horne. 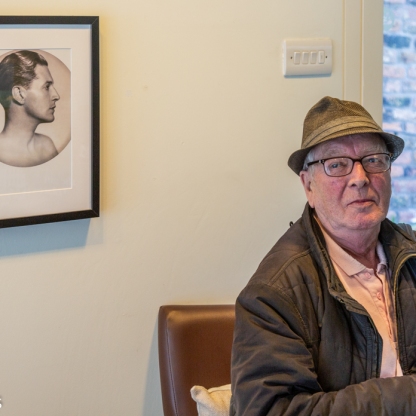 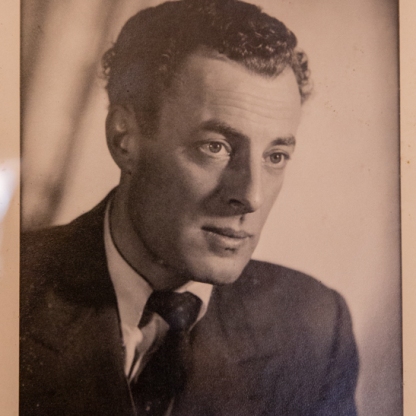 There are lots of great pictures here

Today, Friday 17 May, marks IDAHOBIT, the International Day against Homophobia, Biphobia and Transphobia. On this day 132 countries across the world will be raising awareness of LGBT rights. 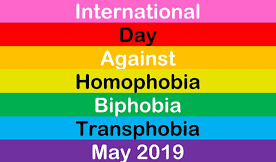 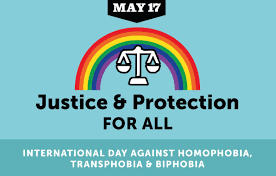 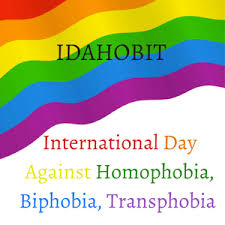 Finally, the weekend marks a community event to celebrate LGBT+ diversity in Whalley Range. This occasion has been organised by local residents to bring together the wide range of talent, entertainment and creativity that exists in the neighbourhood. 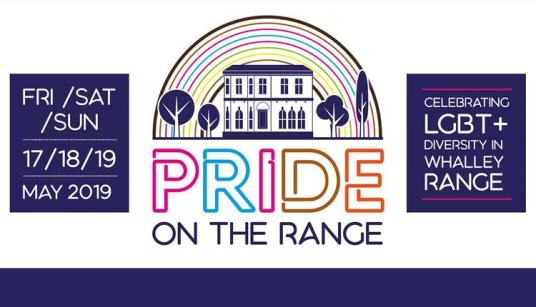 One thought on “What a Gay Week!”