‘A game changer’. The UK’s first LGBTQ+ extra-care housing scheme gets go ahead

Accommodation in Manchester will support older LGBT+ people, whose loneliness has been exacerbated by the pandemic.

Bill Moss is the only gay person in his sheltered flats in Salford: ‘I do feel isolated. I could do with having LGBT+ neighbours to have a chat with.’ Photograph: Christopher Thomond / The Guardian

Bill Moss, a retired prison officer, felt isolated before Covid. As the only gay person in his block of sheltered flats in Salford, corona virus has heightened his sense of loneliness. Single, without any close family and cut off from an active social life in Manchester’s gay village, he spends most of the day with only the TV for company.

Bill, 57, has been through a pandemic before. Aids robbed him of the love of his life, Henry, and at least 50 friends. So he appreciates how serious this one is, but he cannot get that message across to his fellow residents congregating unmasked at the entrance of the flats and wandering corridors and lifts unprotected. Their lack of understanding underlines his feeling of being alone.

“It’s as if they do not think Covid affects them, but nobody is above this,” says Bill. “I do feel isolated. I could just do with having LGBT+ neighbours to have a chat with. It would allow me to be myself. There are things you don’t have to explain and things you can talk about that are impossible with straight listeners.”

After years of having to hide his sexual identity at work, Bill says now as a “proud, gay man”, it would just be easier to live in his old age supported by LGBT+ people and services.

He is not alone. A report and housing survey by the Manchester-based LGBT Foundation, reveals that 74% of responders want a home for their old age aimed at them and delivered by a LGBT-specific provider, but 43% had no idea where they would get care and support in the future.

For Bill and some of the other older members of Manchester’s 7,000-plus LGBT+ community, it could soon be a reality, with the imminent construction of the UK’s first extra-care housing scheme for LGBT+ people.

Manchester City Council has put out to tender a scheme to build an LGBT-affirmative extra-care scheme in Whalley Range, south Manchester. An 18-member LGBT+ steering group will help to develop the scheme. Just over half (51%) of the 150 places are to be allocated to LGBT+ people aged over 55, who need extra physical or mental support.

With two-thirds of care home staff surveyed by Manchester and Nottingham universities in 2014 saying they did not have a gay, lesbian, bisexual or trans resident, the scheme could not come soon enough.

“We know this cannot be true”, says Bev Craig, Manchester City Council’s member for adult health and wellbeing. “LGBT people have long been drawn to Manchester in the knowledge that the community here is strong and supported. However, we know that there is an issue with loneliness among older LGBT people in this city and a core reason for this is access to safe, affordable and secure housing.

As the number of older people in the city continues to grow, having a real understanding of what the community needs and wants from their extra-care housing will be vital.” 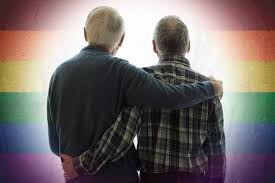 Mindy Meleyal, 69, from Wythenshawe, is a lesbian and has lived with her partner for 30 years. She sees the LGBT housing scheme as a “game changer” in a care system reluctant to acknowledge sexuality of any kind in older age.

“I’ve always thought I would rather die than go into a care home, but as you get older you need to feel secure. If I knew that the manager was LGBT affirmative, I would feel very differently,” she says.

An earlier survey by the LGBT Foundation on the impact of Covid on members of its community, revealed that many were alone, or with families who did not accept their identity. Almost two-thirds (64%) lacked support from an LGBT+ specific organisation, 42% wanted mental health support and 8% felt unsafe.

Stuart, 55, a gay trans man, who came out less than three years ago and recently moved to the city, lives alone and has fibromyalgia, which limits his activity. He says: “Because I never made friends in Manchester and all the contacts I have are from the LGBT Foundation, I have been very, very isolated during Covid. I know I will need care in the future so a place targeted at LGBT+ people would mean I would not feel the need to hide what I am”.

Manchester blazed an international trail for gay rights with the building of Europe’s first gay centre in 1986 and a thriving gay village. It is also the UK’s first age-friendly city region. The extra-care scheme has been in discussion since 2014. Cuts of more than £500m to the local authority’s budget over the last decade, threats to the government funding model for extra-care schemes and now the pandemic means it may be another three years before its doors open. 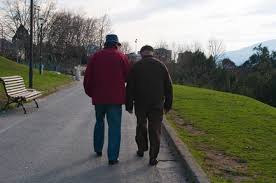 Similar schemes exist in Germany, Sweden and Spain. Bob Green, an LGBT Foundation consultant for the project, visited three projects in the US to learn from their experiences. In Minneapolis, he found that the complex was taken over by “straight people”. He believes that this was because of the inadequacy of the application and allocation system.

In Philadelphia, he was inspired by LGBT+ residents regarding the care facility as their first real “home”. The scheme he saw in Los Angeles was not exclusive to LGBT+ residents but welcomed other groups as the Manchester care home will too. “We do not want to cut ourselves off as a community,” Green says.

He is clear that any targeted care home needs to be part of a wider package of measures to benefit Greater Manchester’s growing elderly LGBT+ population. For this reason, the LGBT Foundation is piloting the UK’s first accreditation scheme for housing providers in the city. They will receive training and support to be able to prove they are aware and considerate of LGBT+ residents’ needs.

Lawrie Roberts, the manager of the Pride in Practice scheme, says: “We are building on our accreditation for primary care, which started off in Greater Manchester before expanding nationwide. Adapting it to adult social care and housing has huge potential.

It demonstrates to residents that these services are willing to do more to improve care for LGBT people and that staff have gained confidence and knowledge from undertaking the training we provide. We know from LGBT communities that they want something meaningful like this award to signify which are the trusted and most welcoming schemes locally to them.”

Bev Craig believes the new Manchester care home will also help to drive up standards across the country. “Only 150 people get the chance to live in this scheme. But it should lead to an improvement in provision across the UK,” she says.

As for the Whalley Range local community, April Manderson thinks the care home will be welcome. “I’m all for it,” enthuses the 56 year old, who is black. “I’d even be happy to live there myself in an environment that is multicultural, diverse and age-friendly.”

The project: ALL FM would like to broadcast 100 older Manchester people 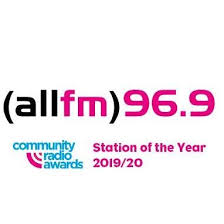 ALL FM is a local community radio station serving south, central and east Manchester and based in the South Manchester suburb of Levenshulme.

Do you fancy being recorded and broadcast either as part of Out In The City or as an individual (over 50) project?

It could be anything from plugging something you’re doing – a project or voluntary work, sharing expertise or episodes of your life or work history, showcasing creative work, group discussions or interviewing someone.

Whatever it is, ALL FM want your voices on the radio.

The idea is to meet up with people in small groups, pairs or individually  – social distancing, or on zoom, to start a chat about what people might want to broadcast. This could be in a safe community venue or outside in a park, or in a café … all as flexible as possible to make sure everyone feels safe.

Then we’d plan it together, record it and in the next few months broadcast it along with up to a 100 other people’s voices, with their music choices added. Our ultimate aim, once we can all move more freely, all those 100 will be invited to join ALL FM, do radio training and have their own live show.

Recording and broadcasting Manchester’s older people is top of the agenda for ALL FM.

We would love it if the airwaves were full of our voices.

If you want to be involved please contact us.

Old Frame New Picture: how older people are represented in the media and what we can do about it

You are invited to attend an event designed to examine the issue of negative and stereotypical representations of older people in the media.

To register, please use the link to Eventbrite below:

Have you seen one too many photos of wrinkly hands or other dehumanising pictures of people over 50 in adverts and news articles?

This online event is an opportunity to examine and challenge how older people are portrayed in the media with negative and stereotypical images of vulnerability and fragility. How can we challenge this narrative with one that celebrates the diversity of older people’s lives and their contributions to society?

This event will include presentations and provocations from a range of speakers who will draw on professional and personal insights to explore why we represent older people in this way and how this has been compounded by Covid-19. This will be followed by a broader discussion on ageing, media and representation where attendees will have the chance to also share views, ideas and ways in which we can change the picture in the frame. 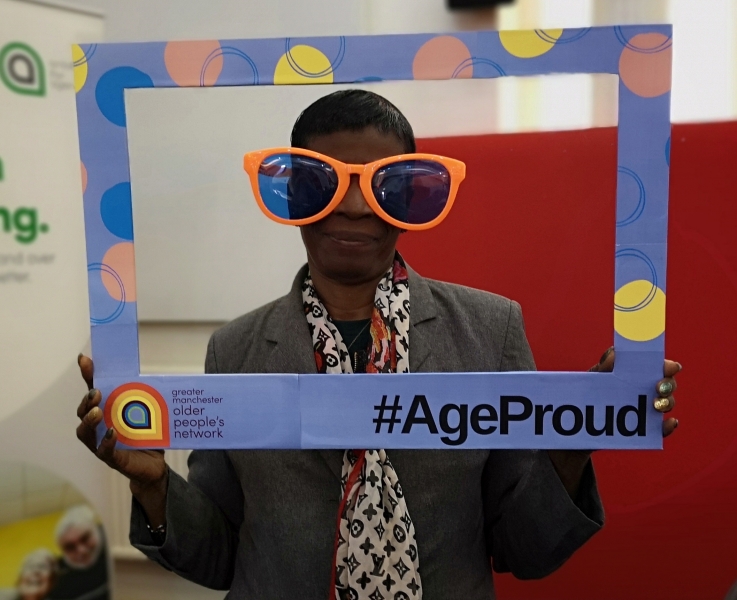 The Listening Group will be a structured, but informal, conversation about the ways in which Manchester Pride can better support you and your community in the future.

The session is a chance for you to have your say and help to shape Manchester Pride’s activities in the future.

The session will be held via zoom and you will be able to attend using full video and audio, either video or audio or just using the chat function if you would prefer.