Eleven of us travelled by train to Carnforth Station – what a Carry On! The building was used as a location in the 1945 black and white film Brief Encounter and now has an extensive Heritage Centre and exhibitions space, including a small cinema. 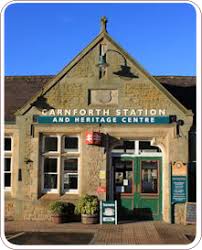 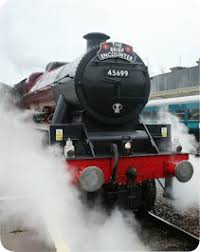 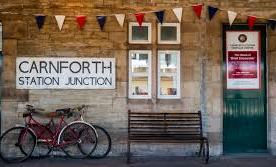 The Beeching report in 1966 saw Carnforth lose many local services and in 1969 the refreshment room closed along with the sidings. The booking office closed in 1986 and in 1992 the buildings were in such a state of disrepair that Railtrack proposed to demolish them.

However, the Carnforth Trust was established in 1996 to raise money to preserve the buildings. The clock was repaired and re-started on 5 July 2003 and on 17 October 2003 the Heritage Centre opened. It now has 50,000 visitors a year and is staffed by volunteers. 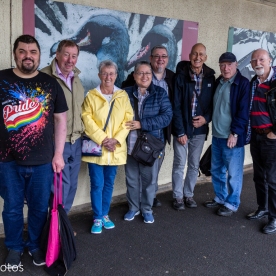 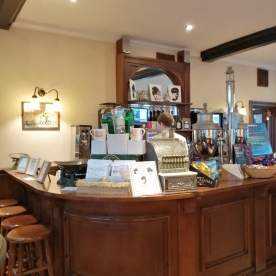 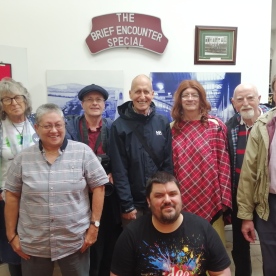 We dined on chicken, chorizo and cheese baguettes with salad and coleslaw and other fine foods in The Station Master’s office which we took over as a group.

Carnforth Station is renowned for the film Brief Encounter which was ranked as the 12th best film ever and which was originally a half hour stage play by Noel Coward called “Still Life”. It was entirely set in the refreshment room. It was re-written under the direction of David Lean for the film version. By 1944 V1 and V2 rockets were landing in London but a London Station had been designated for use in the film. Because of the risk from attack the filming was moved up north which was considered to be safer. Also David Lean liked the slope at the station as he felt that Celia Johnson would look ridiculous running down steps which were at many stations. 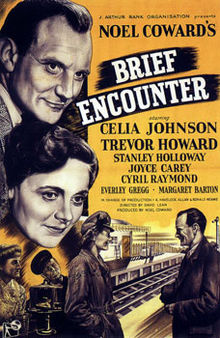 Filming took place between February and May 1945 and the section at Carnforth was filmed in February 1945. Work on the film started late at night after the last trains had departed and finished early in the morning before the first local trains arrived. The refreshment room is not clearly visible from the platforms so the external part of the room which is seen in the film was in reality a painted “flat” specially erected on the platform in the space between the clock and the buildings.

The winter of 1944/1945  was bitterly cold and every night the cast and crew would break for a meal at 1.30am. The meal was taken in two dining cars. Celia Johnson did not enjoy the food but the local extras did. Sweets and chocolates were handed out during the production and these were surprising luxuries as sweets were rationed in the war.

We re-enacted a classic moment from the film when Trevor Howard and Celia Johnson were parting for the last time. 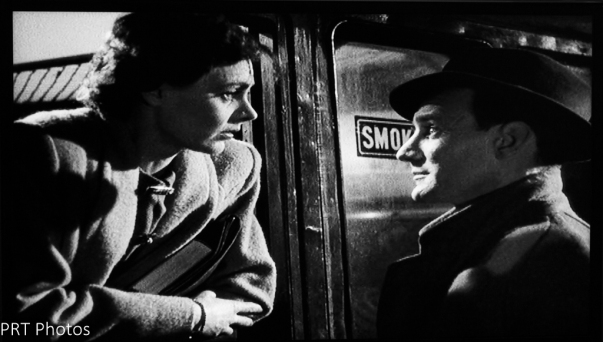 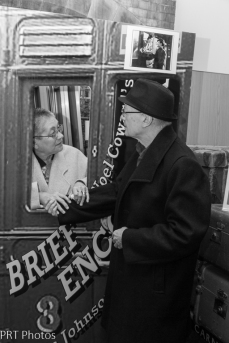 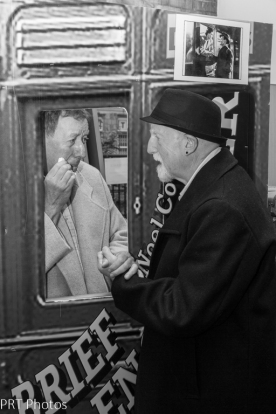 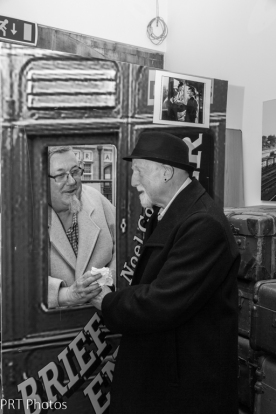 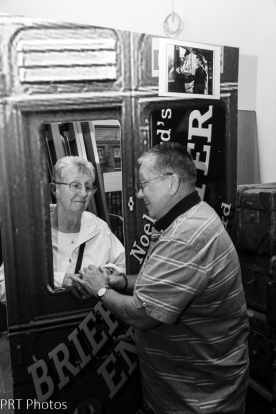 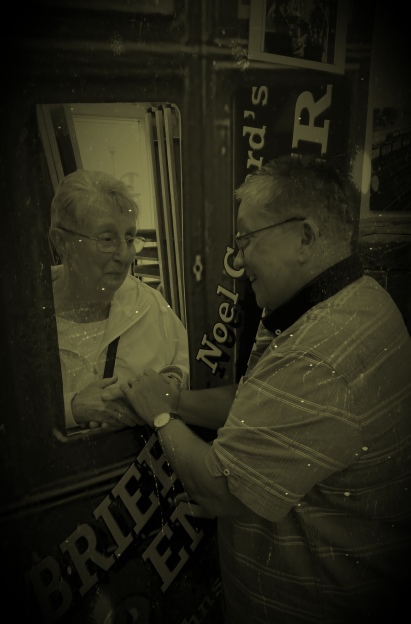 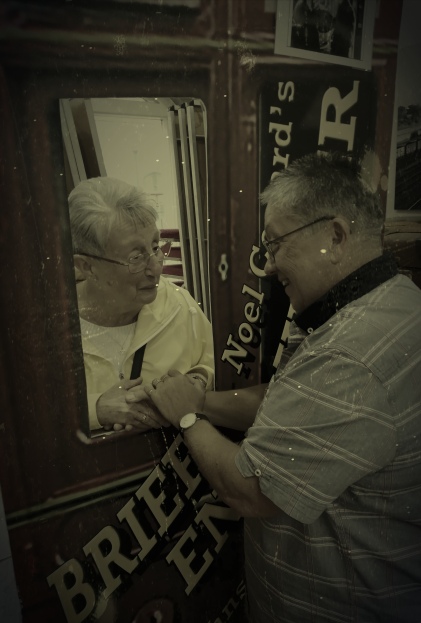 As a homage to Brief Encounter, most of the pictures can be seen in black and white here

2 thoughts on “Carry On Carnforth”