Only Stuart and I travelled from Piccadilly station to the airport but we were expecting to meet Peter there. However, he had jumped on the bus from the airport to the viewing park, which left at 10.50am. The next one was in an hour. A very nice man told us about an alternative bus, which went part way leaving a ten minute walk. He then looked at the two of us more closely and then said: “well, maybe 15 to 20 minutes.”

Peter had been busy taking lots of photos of planes taking off and landing, before we arrived. Stuart had brought a pair of binoculars but Peter got some really good shots (see here) with his long extension. 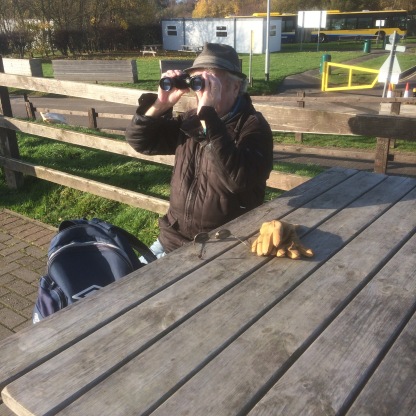 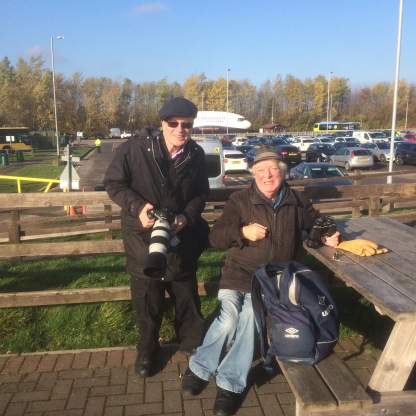 Manchester Airport is one of Europe’s busiest airports and planes were taking off or landing every couple of minutes including British Airways, Cathay Pacific, Condor, Easy Jet, Fly Be, Jet 2 Holidays, Qatar Airways, Ryanair, Thomas Cook and Turkish Airlines. However, Concorde which has not flown since 2003 was spotted in a hangar. Concorde was a British-French turbojet-powered supersonic passenger airliner that was operated from 1976 until 2003. It had a maximum speed over twice the speed of sound. 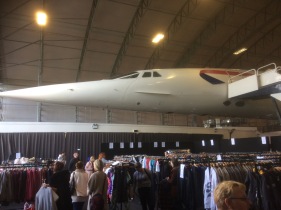 We walked back towards the bus stop, stopping at a pub called The Romper which offers great food. The scampi and the gammon, accompanied by triple cooked chips and mushy peas, were good but the gooseberry crumble with custard or ice cream was really superb. No mumbles or grumbles here. 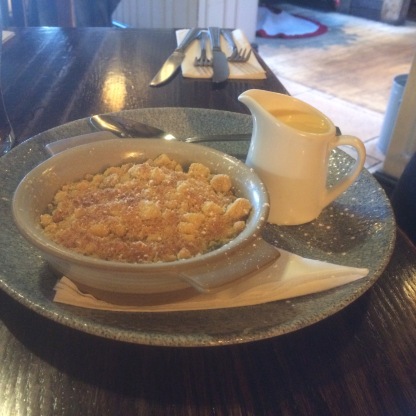 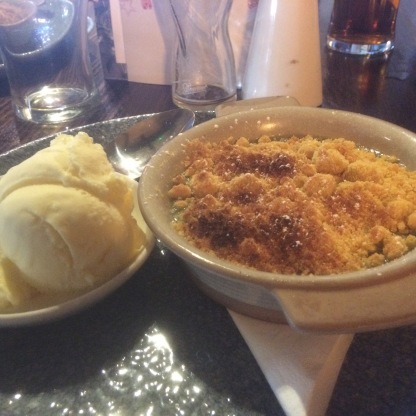 The Romper has stood for over 400 years – the characterful, low-ceilinged section of the building may once have been the local smithy. What is known for sure is that The Romper was once named The Red Lion, though at some point in its existence, a local village wag bequeathed it the nickname, “The Rompin’ Kittlin”. One story goes that a local painter had repainted the lion on the pub’s sign one day, but when he presented his efforts to the drinkers at the bar he was met with derision. They sneeringly declared it bore more resemblance to a romping kitten than a rampant lion. 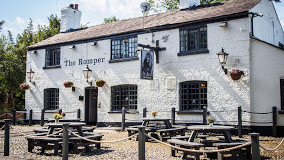 It was a great day out and congratulations are due to Peter who has already completed his target of walking 1,000 miles this year.