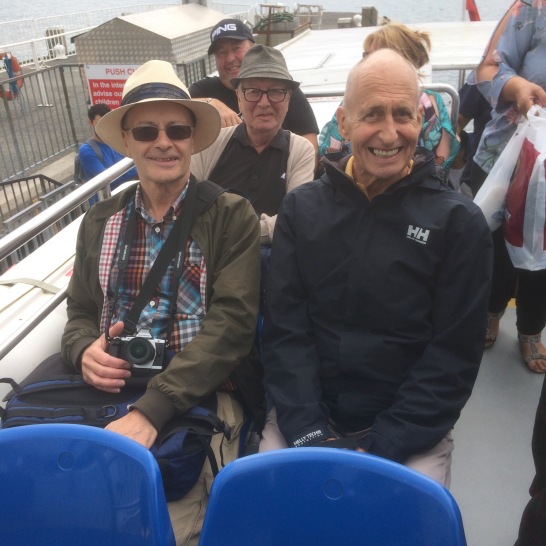 The sequel: Three men in a boat (again)

Three men in a boat

Another fantastic day out although we picked a day when the weather was not at its best and we had a slight drizzle when we set off for a cruise down Lake Windermere … but more on that later.

The journey from Manchester (via Wigan and Oxenholme) took less than two hours, and was uneventful except we got chatting to a very nice woman who asked us each, in turn, if we were married or single. She seemed surprised that we were all bachelors gay!

Buzz 599 took us down to the lake at Bowness (with a running commentary on the history of the area and the sights to be seen) and we headed straight for Lake Windermere – we were all dying to have a cruise. Windermere in the Lake District – ten and a half miles long and 219 feet deep – is England’s largest lake. Its name comes from the Scandinavian for ‘lake of a man called Vinandr’. The boat took 35 minutes to get to Ambleside and we were starving by this time. A fish and chip shop had been recommended and we dined there on the classic fish, chips and mushy peas. The fish was delish but the peas were too salty.

We had read about the harmful effects of blue / green algae so we avoided getting our kits off and having a “skinny dip” in the lake and settled instead for a short walk and a sit down.

We took the cruise back admiring the castle nestled in the forest and islands where people picnic-ed or camped out (one was privately owned by a family).

The village of Bowness was very pretty and we soon found a Costa for much needed refreshments. Although the advertised bus timetable was very confusing, and we were considering ringing for a taxi, a number 599 arrived and took us back to the train station. We passed Dove Cottage, a house best known as the home of the poet William Wordsworth and his sister Dorothy from 1799 to 1808, where they spent over eight years of “plain living, but high thinking”. During this period, William wrote much of the poetry for which he is remembered today. 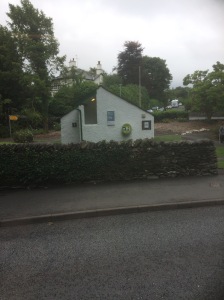 The return was even quicker than the outward journey and we arrived back at Manchester Piccadilly at 6.30pm having enjoyed a great trip out.