We took the short ride by bus from Piccadilly to the heart of the university area. On the corner 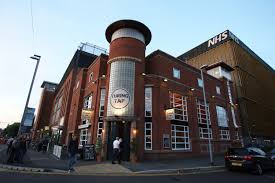 of Oxford Road and Nelson Street was a great find – The Turing Tap – a pub dedicated to Alan Turing. It was very popular and served great value food.

It was then a short hop to The Pankhurst Centre, a Grade II listed building at 60-62 Nelson Street, Manchester. The Centre is a pair of Victorian villas, of which No 62 was the home of Emmeline Pankhurst and her daughters Sylvia, Christabel and Adela and the birthplace of the suffragette movement. 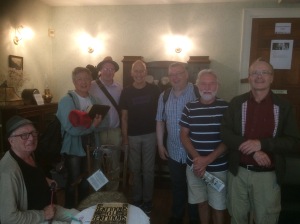 We then walked to 84 Plymouth Grove, now known as Elizabeth Gaskell’s House. The Grade II listed neoclassical villa was the residence of William and Elizabeth Gaskell from 1850 till their deaths in 1884 and 1865 respectively. 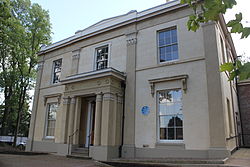 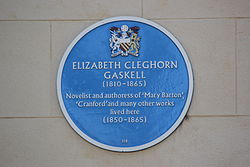 It was there that Elizabeth Gaskell wrote some of most famous works such as Cranford and North and South. Prior to our visit, there had been many other visitors including Charlotte Brontë, Charles Dickens and Charles Hallé. On one occasion, the meek Brontë even hid behind the curtains in Gaskells’ drawing room as she was too shy to meet the other guests.

Peter, however, was not shy and entertained us by playing a tune or two on the piano. 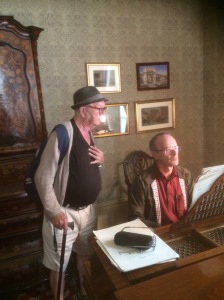 The guides were very informative and told us a number of amusing anecdotes.