As part of Greater Manchester’s Festival of Ageing, the first of its kind, Out In The City held a special event for older LGBT people on 4 July 2018.

About twenty people attended and were well fed by an excellent veggie / vegan buffet prepared by Sidney Street café and supplemented by chicken and plantain donated by a member of the group. Church House also donated a selection of teas and coffee.

In order to celebrate our LGBT history, and have a bit of fun, we played “Who am I?” – a game based on LGBT icons and we did a Polari quiz.

Polari is a form of British gay slang that gay men used before homosexuality was partially decriminalised in 1967. Although it derives from 19th century theatre folk, sailors, showmen and criminals, 20th century gay men used it as a way to discuss their lives at a time when being gay could get you fired, thrown in jail and chemically castrated.

As feely homies, we would zhoosh our riahs, powder our eeks, climb into our bona new drag, don our batts and troll off to some bona bijou bar. (As young men, we would fix our hair, powder our faces, put on our new clothes and shoes and walk down to a trendy bar.)

Because Polari provides a way to gossip and talk trash there was some hilarity about the backhanded phrases. But we all had a fantabulosa time! 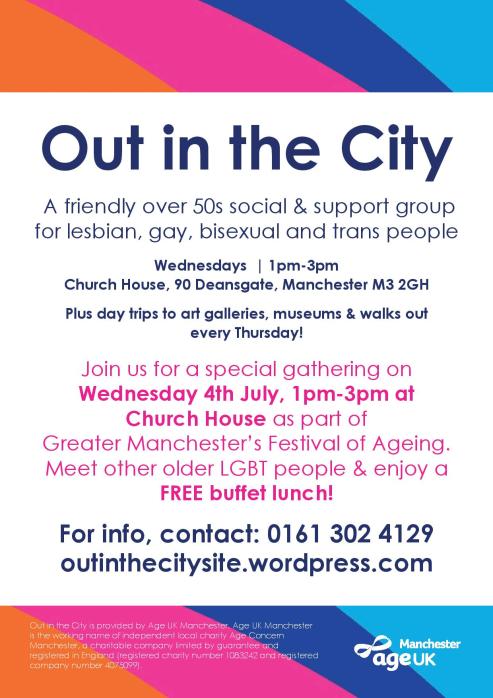