Transgender Day of Remembrance (TDOR) is an annual observance on 20 November that honours the memory of the transgender people whose lives were lost in acts of anti-transgender violence.

Chester Pride have produced this information about trans voices: 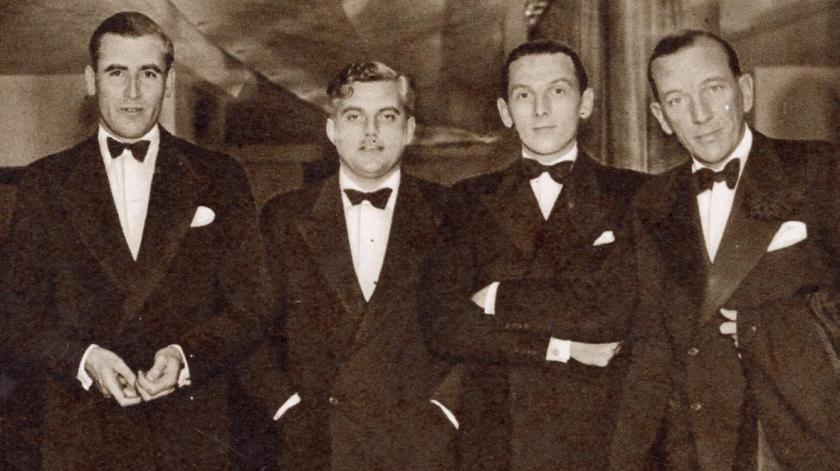 A group of gay and bisexual British MPs were among the first to sound the alarm about Adolf Hitler’s fascist threat, but – dismissed as “glamour boys” and warmongers – their warnings initially fell on deaf ears, according to a new book. Four of them later died in action.

Chris Bryant: ‘These men’s sexuality was an essential aspect of their bravery.’ Photograph: Phil Warren

Chris Bryant, Labour MP for Rhondda, has unearthed the extraordinary untold story of gay and bisexual British politicians and their bravery in the Second World War.

Using previously unseen documents, including diaries, private letters, photo albums and material found in the National Archives, Tate galleries and Eton College library, Bryant spent five years piecing together the stories of men whose sexuality and heroism has been excised from history until now. 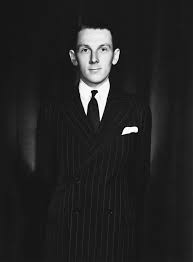 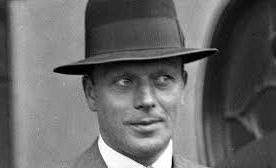 At a time when gay sex was still illegal in Britain, their decision to break ranks with then prime minister Neville Chamberlain’s policy of appeasing Hitler in the 1930s was all the more courageous, said the book’s author Chris Bryant.

“Their sexuality … is part of their courage in this period,” said Bryant, an opposition Labour Party Member of Parliament (MP).

“The government whips knew how to destroy a person if they wanted to, so going against the tide was really a difficult thing to do”.

In “The Glamour Boys: The Secret Story of the Rebels who Fought for Britain to Defeat Hitler”, Bryant tells how the seven or eight gay and bi members of a group of rebels drew the Prime Minister’s ire.

It was Chamberlain who dubbed the group the “glamour boys”, in a dig at the sexuality of some of their members, and ordered security services to tap their phones.

But in an untold LGBT+ story of World War Two history, Bryant’s book suggests the fact that some of the rebels were gay and bisexual gave them a unique insight.

Before Hitler came to power in the early 1930s, the German capital was a haven for LGBT+ people with members of British high society – including MPs – making frequent trips to sample the sexually liberated nightlife.

A nightclub in Berlin, circa 1935. ‘These boys risked exposure, but they were made of stern stuff,’ says Chris Bryant MP, author of The Glamour Boys. Photograph: General Photographic Agency / Getty

Members of the group were also among the first to visit the Dachau concentration camp and “must have noticed the significant number of homosexual prisoners”, Bryant writes in the book.

That connection to the country and the German people gave the MPs a deeper understanding of 1930s Germany, he argues.

But it also gave their enemies an easy means to dismiss the rebels’ concerns at a time when homophobia was the norm.

“In a sense they put the glamour into the Glamour Boys and thereby gave their powerful political opponents a stick with which to beat the whole group,” writes Bryant, the first gay MP to hold his civil partnership in the Palace of Westminster.

In Britain, the political temperature shifted with Chamberlain’s resignation in May 1940 and the appointment of Winston Churchill as Prime Minister – at last vindicating the rebels.

Author of six other books, including a biography of actress and former Labour Minister Glenda Jackson, Bryant said he hoped his latest book would be adapted for TV, helping shine a spotlight on how LGBT+ people are often written out of history.

“For a bit of this story, you needed a queer eye for queer history,” Bryant said, citing a biography of one of the rebel MPs, Victor Cazalet, which “omitted any reference to his homosexuality”.

He said he hoped future historians would take greater note of the pivotal role played by the gay and bisexual MPs.

“I think it would be odd now, having revealed this bit of the story, if future historians writing about (former British Prime Ministers Anthony) Eden and Churchill don’t include this as part of the story.”

The lessons of the past should also guide policy on contemporary LGBT+ issues, he said, pointing to a recent rise of anti-LGBT+ sentiment in Poland, Hungary and Russia.

“When you look into a nation’s past, you can see some of the ways we went wrong and avoid doing that again in the future.”

Info for this article is from the Thomson Reuters Foundation, the charitable arm of Thomson Reuters, that covers the lives of people around the world who struggle to live freely or fairly.

The Glamour Boys: The Secret Story of the Rebels who Fought for Britain to Defeat Hitler was published by Bloomsbury on 12 November.

Talking About My Generation was started as a campaign so people aged 50 and over from across Greater Manchester could change the record on what it means to grow older in the region.

One of the projects is the Mind Yer ‘Ed series and here is another interview:

Helping other has given me a source of strength

As part of the Mind Yer ‘Ed series, Steve Sherry, chair of his local LGBT group in Bolton, shares his experience of the coronavirus pandemic.

Steve, aged 59, has been shielding since the first lockdown in March to protect his parents and has seen the pandemic completely change his life. Here he tells us what life has been like and how helping others has given him a source of strength and achievement.

“I’m was used to being out and about nearly every day. Before the pandemic, I would be here there and everywhere and I was in town nearly four or five times a week for meetings and focus groups. I was meeting people all the time and I’ve gone from that to virtually nothing.

My father is 80 and I’m also living with my mother but she’s not in good health either. She’s 70 but she’s not physically capable of looking after my dad.

When we got the shielding letter, the GP came to visit and advised us that we should avoid going out for a time unless absolutely necessary because the risk was so big and that’s what we did.

Mental health-wise, there’s no two ways about it, it has affected me. I’ve had a lot of days and periods where I’ve been extremely down but when people from the LGBT group contact me, I’ve got to pretend that I’m coping while I’m trying to help them with their issues.

Helping others does give me a sense of strength and achievement, though. The other week I was able to help a member of the group who contacted me about issues he’s been having with his housing.

This person was struggling with their mental health and in the end, we managed to sort everything out and that was quite empowering. It felt good to help him and I’ve done this probably about 20 or 30 times over the course of the pandemic.

As part of the LGBT group in Bolton, we’ve had weekly Zoom meetings. We can have about 10 or 15 people on there, but some days it might just be three of us. It’s a lot better than nothing at all but it’s just not the same as a normal face-to-face meeting.

I’m the LGBT advisor Greater Manchester Police and Bolton Council and I’ve been having about five or six zoom meetings a week. Just keeping yourself occupied does help.

But for a couple of weeks, I was very down and frustrated we couldn’t get a shielding letter and set up priority food deliveries and medication. It was really getting to me.

Once this was sorted out, I gradually started bringing things back into my life. Now I’m having more Zoom meetings than I had actual face-to-face meetings before the pandemic.

I also manage to get walks in a couple of times a week and they lift me. I live less than a mile from Lancashire and if I walk about five minutes, I’m in the countryside.

Before the pandemic, I didn’t have much time to go out for a walk and now that I have that time, I appreciate it a lot more. After the pandemic the walking won’t stop. It’s easy to do and you can commit to it whenever you’ve got time. I’ve found it extremely useful and way more calming and therapeutic than I ever thought it would be.

I think the pandemic has brought an awful lot of people together because we’re all in the same situation. A lot of people are looking out for each other and hopeful that will continue after it’s all over.”