Red button alert! … The red button has been saved!

The BBC has scrapped plans to close its red button text service after a backlash from elderly and disabled viewers.

Audiences have used the service to access news, information and sport stories through their television sets since it was launched to replace Ceefax in 1999.

She has written her personal story for the website Lad Bible:

Young, Black And Lesbian: Why I Wish I’d Felt Able To Embrace My Identity Sooner

My first memory of racism was a story I was often told as a child.

When mum came home with her first born – my sister – my nan was waiting at the bottom of the flats with a blanket, to hide the baby from prying eyes due to her blackness.

I was told how relieved she was when my sister was light skinned.

I was born in Manchester. The middle child. Looking after us was a huge challenge for my mother. We were extremely poor and isolated from her white Irish Catholic family for her ‘running off with a black man’. My father.

Once my brother was born, five years later, their relationship broke down altogether. We stayed in a women’s refuge in South Manchester, and a children’s home in Blackpool, on our own. Our mother was in a psychiatric hospital. Once we stayed in a children’s convalescent home in Wales. 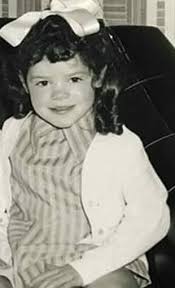 Being brought up with the ‘white side of my family’, and being very light skinned, brought its own challenges.

In junior school, my nickname was “Effiong a m*ng gone wrong.” This always got squeals of laughter from my bullies.

Secondary school got more cruel and overtly racist. The names. The N word. My schoolmates said I wasn’t allowed to have white boyfriends.

There were no black guys in my secondary school, but I was relieved. I liked girls anyway.

At this point, I was marginalised because of racism. I had fights with girls and guys at this stage in my life. I never backed down. I got a reputation for ‘biting back’ that kept me safe throughout the rest of my school life.

I had a black Jamaican boyfriend between the ages of 15-18. It was a platonic relationship. But this was our secret. It suited us both.

In college, I experienced my first overtly racist teacher. He asked me if I was ashamed of my name, and asked how I could live with a name like that.

This appalled me, but I had very low self-esteem and little confidence. I started to stay away from college, eventually leaving education altogether. At the time, I didn’t know the micro-aggressions I faced and internalised on a regular basis were causing emotional exhaustion. It’s known as ‘weathering’ and the effects can be emotional, physical, and behavioural.

During my teens and early twenties, I was angry and confused about my multi-racial identity and my sexuality. I felt invisible. Neither white nor black, just somewhere in the middle. 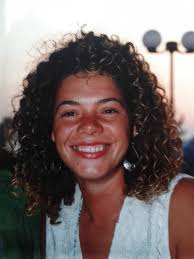 I was drawn back to education. I became very aware of my identity and embraced it, joining the Black Students Network and the Feminist Network and marching against deportation and against Clause 28.

I found my voice as a student on the Youth and Community Diploma programme. I came out as a very proud and very loud black lesbian. Or a lipstick dyke in those days …

I became an active youth and community worker when I left my studies. Working for the voluntary sector with young people and families, giving a voice and visibility to a range of groups and individuals.

What I found was intersectionality compounds the experience of discrimination or disadvantage – for example for a black cis-lesbian or a trans woman with a disability.

Through an awareness of intersectionality, we can better acknowledge and ground the differences among us.

But it’s important to reflect, listen and learn from others. Stories are powerful tools. We all have a few good chapters in us. 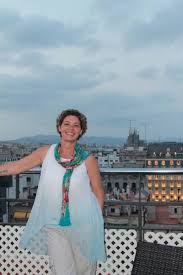 Understanding how my own lived experiences of racism, sexism and homophobia enhanced my resilience, emotional intelligence and tenacity.

What should educators and leaders know?

Don’t stereotype people. Keep your questions open when discussing identity, race, faith, gender, sexual orientation, disability, backgrounds. Your classroom or office may be the first place someone actually feels confident enough to talk about their identity.

There are intersections between forms of oppression, domination or discrimination. Black feminism argues that the experience of being a black woman cannot be understood in terms of being black or of being a woman independently.

Be open to learning and think with kindness about our trans and non-binary family. Change the way you say stuff. Include your pronouns when meeting someone or starting meetings or events.

Update your language, get more neutral, change he/she to they or their in your paperwork. These small steps can have a huge impact on people’s lives and simply say, everyone is warmly welcome.

I remember a time I internalised homophobia and hid my blackness from the society around me.

I’ve faced many hurdles over the past 55 years, none greater than battles with my own identity.

Looking back at my 16-year-old self, I would say: “You’re going to be ok. You’re not alone. Stop hating who you are.”

I’d tell her that 20 years later, she would go on to meet a beautiful black woman who would become her wife, closest friend and ally – with two daughters to be extremely proud of. 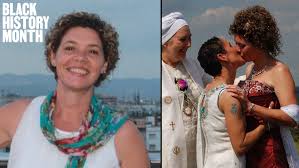 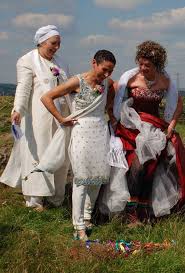 Last year, we launched Black & Brown Stripes, in support of eliminating Rainbow Racism and in support of our QTIPOC (queer / trans / intersex people of colour) family, and Black History Month is a joint staff network event each year.

Black History Month is more than a moment, it truly is a movement for change.

It’s a reflection and celebration of the QTIPOC giants that blazed a trail for us.

We are QTIPOC all the time, not just for one month a year. I see October as a springboard for insight, education and learning to influence change. Equality wins.

The Greater Manchester Older People’s Network (GMOPN) have launched a photography competition “Old Frame, New Picture”, designed to challenge the negative and stereotyped ways older people are represented in the media, something that has become even more prevalent during the corona virus pandemic.

Submit your photographs celebrating and promoting positive and realistic images of older people in Greater Manchester, which celebrate the diversity of older people’s lives and their contributions to society

Self Portraits (including selfies).

Six winning entries will feature in a digital billboard campaign across Greater Manchester in January 2021, as well as appearing in an online exhibition and featuring in a set of printed postcards to promote positive ageing.

The best images will also form a new bank of photographs for use by local charities and other not for profit organisations in their marketing and communications, providing a positive alternative to the kinds of images currently available.

To find out more and submit your photo by 5.00pm, Friday 13 November 2020 visit the GMOPN website.

Friends of Dorothy are also organising a photographic competition:

Any subject past or present, black and white or colour.

Please send your photographs by email to: cannonjec@googlemail.com by the closing date: Sunday 11 October 2020.

Michael Black, renowned professional photographer, will be judging this competition.

Get snapping and good luck!