On what would have been the weekend of Pride in London, protesters braved bad weather to honour the UK’s Black transgender community and raise awareness of the heightened rates of violence and prejudice they face. 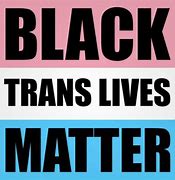 In Manchester, demonstrators gathered in Piccadilly Gardens, sheltering under umbrellas in the rain as trans activists and allies gave speeches to the crowd.

The London march began at Hyde Park Corner and culminated near the statue of former prime minister Winston Churchill in Parliament Square. 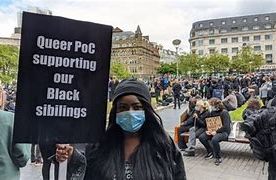 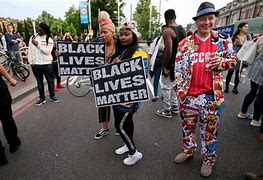 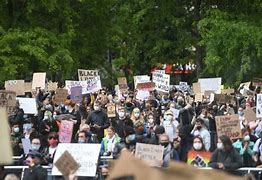 Further protests were held in London on 4 July. The rally erupted into applause during a speech: “We’ve tried asking, but now we must demand our Trans Rights!” 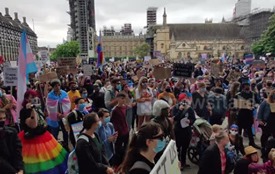 “We stand together in our opposition to any proposal to place unnecessary restrictions on trans people, hindering their ability to live freely and without fear. It’s now nearly two years since Theresa May launched the LGBT Action Plan. There was an acknowledgement that trans people faced indignities and prejudice. We all welcomed efforts to reform the Gender Recognition Act (GRA), to remove the current costly, overcomplicated and bureaucratic process and move towards a self-declaration process – which is used, without issue, in eight countries across the world, including the Republic of Ireland.”

Age UK Manchester is partnering with Freesat to provide people living in Manchester with the latest 4K set-top box (value £125 each) absolutely free of charge. It’s able to receive over 180 TV and radio channels, including more than 20 HD channels.

To qualify for a free set-top box, you must:

Many thanks to Freesat for their generosity at this challenging time.

We also have three Lenovo tablet computers (value £70 each) absolutely free of charge. These are in Church House, so will only be available when we can gain access, but please let me know if interested.