Urgent and important call to action

As many of you will have seen, the Sunday Times reported that the UK Government Minister for Women and Equalities, Liz Truss, is planning a series of policy changes that could make many LGBT+ people’s lives much harder. We understand that much of this leak holds some truth.

A final decision has not yet been made so now is the time to act. Liz Truss is due to speak in Parliament about equalities today (Wednesday 17 June).

Our Prime Minister is likely being asked to agree to the proposals now. If Boris Johnson doesn’t sign off on them, Liz Truss cannot go forward with them. We need every LGBT+ organisation, local ally organisations, and other supporter to do their part and engage with this call to action.

Why does this matter?

We know from looking at similar attempts at “Bathroom Bills” in North Carolina and Texas that exclusion of trans people from toilets is unworkable. Instead when these laws are passed, we all suffer. Who can do something as simple as using the toilet in a shopping centre comes down to whether you fit society’s gender norms. Whether you “look like a woman” or “look like a man”.

Gender non-conforming women, lesbians, trans people – all could be harmed. This will be worse for members of those groups who are Black or who are disabled. Gender norms so often imagine “real women” and “real men” as White, able-bodied, straight and cisgender (not trans).

We cannot let the UK Government make so many people’s lives harder. Anyone and everyone who doesn’t fit rigid gender norms should be safe and free to live their life in peace.

What should I do? Some suggestions:

Please take 10 minutes to engage with one or all of the above and help make enough noise to ensure these proposals do not materialise.

We’ve not got long to let him know how strongly we all feel. Please act now!

The LGBT Foundation are thrilled to be launching their new project to better understand the housing and support needs of older LGBT people in Greater Manchester, including the country’s first LGBT affirmative Extra Care development! 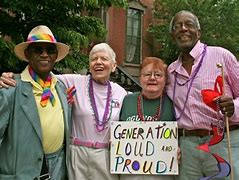 The LGBT Foundation want to gather the views of as many LGBT people aged 55+ in Greater Manchester to get a better understanding of their housing and support needs. You can respond to the survey here:

A number of us have recorded “My Story, My Music” (our version of “Desert Island Discs”) with Sonder Radio and a few more shows are in the pipeline.

Would you like to be involved in another show to be released in August? It could be people recalling memories of previous Pride events or a group discussion on a particular theme or topic. Or it could be a show where people just pick a song and tell a story about that song and Sonder Radio stick together lots of mini stories with lots of different voices.

Any ideas would be appreciated. Please let me know if you are interested so we can take the idea forward. Contact us here

The character has been depicted in LGBTQ+ colours for Pride month, stoking fresh discussion about his sexuality

Habitat: Lives in a pineapple under the sea.

Unusual features: Everything about life in the underwater city of Bikini Bottom is unusual.

Clearly, most people will know about SpongeBob, but do you think you should give a bit of basic info for the odd reader who has, say, been living in a pineapple under the sea for the past 21 years? Excellent idea. SpongeBob SquarePants is an award-winning cartoon series on the TV channel Nickelodeon. It was created by the late Steve Hillenburg, a marine biologist turned animator. The lovable, wildly optimistic SpongeBob, who works as a cook in the Krusty Krab restaurant, is the central character in a fully realised aquatic world.

Why SquarePants? Because he is square, so are his trousers.

Of course. But why is he in the news? Are marine pollution and the climate crisis affecting Bikini Bottom? Nothing so straightforward. There is intense discussion about SpongeBob’s sexuality after Nickelodeon put out a rainbow-embellished tweet voicing his support for Pride month in the US.

How intense? Well, as intense as any discussion about the sexuality of a cartoon sea sponge can get. Many have taken the tweet, which describes him as an ally of the LGBTQ+ community, as confirmation that SpongeBob is gay.

What is the evidence, apart from his support for Pride? He is pictured alongside Korra, from The Legend of Korra series, who is bisexual, and Michael D Cohen, who plays Schwoz Schwartz in the series Henry Danger. Cohen announced last year that he is transgender.

And the evidence against? The campness of the series and SpongeBob’s close relationship with his friend Patrick Star – a pink starfish who favours floral shorts – has led to speculation about his sexuality over the years, but Hillenburg sought to quash it in 2005. “We never intended them to be gay,” he insisted. “I consider them to be almost asexual.”

Deep waters. Too right. Nickelodeon turned off replies to the tweet, suggesting it wanted to dampen speculation, but it is too late.

Have there been any negative reactions to SpongeBob’s alleged sexuality? In Ukraine, he was investigated by the National Expert Commission for Protecting Public Morality in response to claims by a Catholic “pro-family” group that he was “perverting” Ukrainian children.

Not to be confused with: Bart Simpson.

Don’t say: “Has President Trump tweeted about SpongeBob yet?”

Eurodrag celebrates being nominated for a UK national Diversity Award

Eurodrag is delighted to announce that it has been nominated for the Community Organisation (LGBT) accolade at this year’s National Diversity Awards supported by ITV News.

Eurodrag is the only international drag contest open to anybody and everybody and as Europe’s biggest competition of its kind, spans 14 countries with thousands of entrants. The popularity of Eurodrag has grown exponentially through lockdown and the launch of its own TV channel on YouTube. 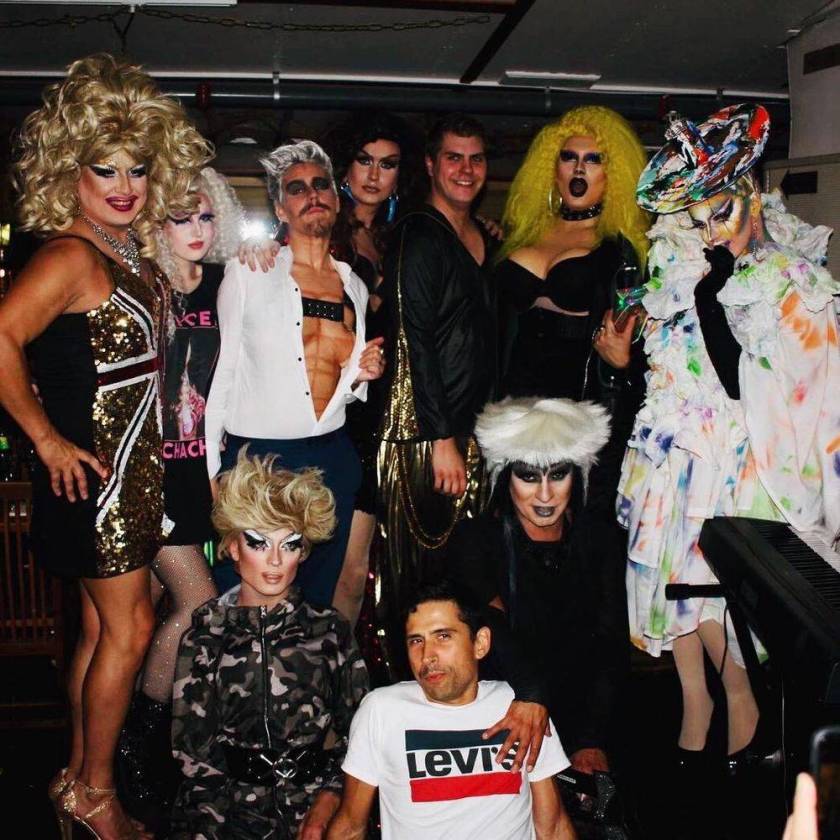 The National Diversity Awards has attracted a growing list of supporters including Adam Hills, Graham Norton, and Katie Piper. In their ninth year, they honour the rich tapestry of the UK, recognising individuals and groups from grass roots communities who have contributed to creating a more diverse and inclusive society.

Sir Lenny Henry CBE, last year’s winner of the Celebrity of the Year award said, “Diversity to me means involving everybody without any discrimination; its means having integrated groups in society, it means fairness and total inclusion and that’s what the National Diversity Awards are about. Congratulations to everyone who has been nominated, you’re all doing a fantastic job, rock on!”

The National Diversity Awards receives over 60,000 nominations and votes annually. The final will be held on Friday 25th September 2020 at the Liverpool Anglican Cathedral.