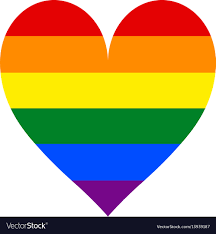 Happy Birthday to Paul R on 28th May

Happy Birthday to Jackie on 30th May.

LGB population rises to 2.2%, while proportion identifying as heterosexual falls to 94.6%

The number of people identifying as lesbian, gay or bisexual (LGB) in the UK has increased by more than a third in four years, figures show.

Data taken from the annual population survey (APS), which collects information on self-perceived sexual identity from people aged 16 and over, found that the number had increased from 1.6% in 2014 to 2.2% in 2018. 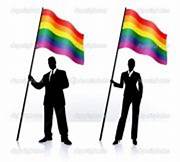 More than two-thirds of the UK’s LGB population were unmarried or had not entered into a civil partnership by 2018, according to the figures.

Sophie Sanders, from the Office for National Statistics population statistics division, said: “People in their late teens and early 20s are more likely to identify as LGB than older age groups.

“Meanwhile, more than two-thirds of the LGB population are single and have never married or entered into a civil partnership.

“This reflects the younger age structure of this population, the changing attitudes of the general population to marriage and the fact that legal unions have only been recently available for same-sex couples.”

Civil partnerships were introduced for same-sex couples in the UK in December 2005 and same-sex marriage has been legal in England, Wales and Scotland since 2014 and in Northern Ireland from February this year.

Robyn Peoples, 26, and Sharni Edwards, 27, made history when they became the first same-sex couple to tie the knot in Northern Ireland. 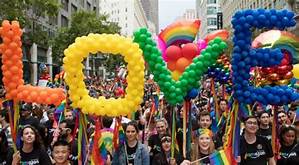 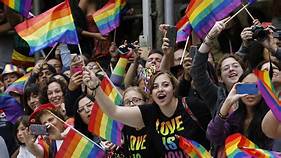 Laura Russell, the director of campaigns, strategy and research at Stonewall, welcomed the rise in the number of people identifying as LGB.

“This is likely because more and more people feel comfortable to be open about who they are,” she said.

“But we know these figures still won’t be an entirely accurate representation of the number of lesbian, gay and bi people in the UK.

“If we want to live in a world where everyone is accepted without exception, we need every person who believes in equality to stand up and support their LGBT friends, family and the wider community.”

2 thoughts on “Number of people who identify as lesbian, gay or bisexual at UK high”