We met in the centre of Manchester, near Piccadilly Gardens and headed up to the Northern Quarter to the Tib Street Tavern.

The area used to be known for its sex shops and pet shops, and whilst they still exist there are also a number of trendy bars and eateries. Unfortunately, the Tib Street Tavern’s kitchen was closed for the day, so we headed to the Mackie Mayor building on Swan Street.

This was a large building which was the former meat market dating from 1857. It closed in 1972 and was derelict for many years until it reopened a couple of years ago with a number of bars and food outlets round a central eating area. There are bench tables and seating with a semi-industrial look and feel.

The place was very popular but we found a couple of tables in the snug area. Most of us enjoyed the atmosphere but it wasn’t to everybody’s taste. 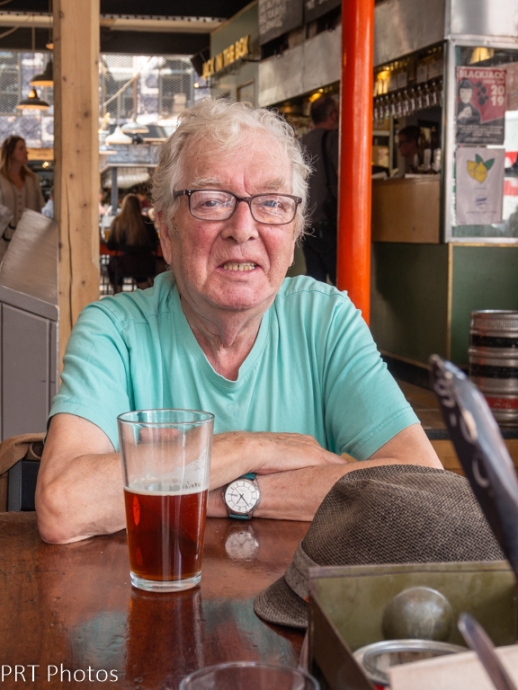 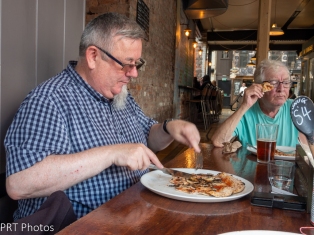 After dining we headed on foot to New Islington, via Ancoats (known locally as “Little Italy” where Italian families originally settled in the late 19th and early 20th centuries). We saw the Daily Express building with its futurist art deco design, the rooms where the BBC Philharmonic Orchestra rehearse and Rudy’s Pizza, before reaching the Ashton canal. 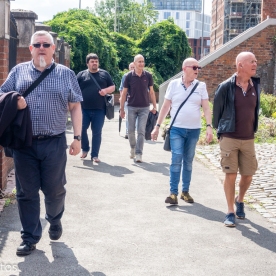 It was a lovely day for a walk and we strolled on a short circular route back to the Royal Mill. The Royal Mill (renamed following a visit by King George VI and Queen Elizabeth in 1942) is a quadrant with a covered glass ceiling. You enter through an arch to a relaxing calm space. There is a café supplying specialist teas and coffees and there are other businesses on the ground floor, but the other floors are residential flats.

Just over the road from the Royal Mill is this image on the side of a six-storey building. It was created by a South African artist and shows two men kissing! Unfortunately, at present scaffolding obscures it. 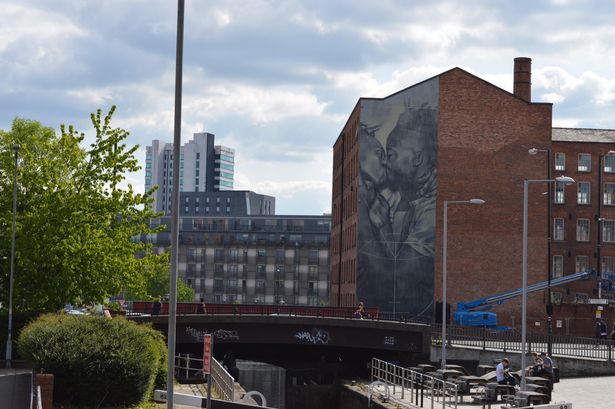 After spending time in the calm oasis of the Royal Mill we ventured back into the chaos of Manchester with its noise, a woman shouting verbal abuse at us and the usual traffic.

One thought on “New Islington”