Phew! It was the hottest day of the year! From Manchester Piccadilly to Preston to St Anne’s (via Moss Side) took an hour and a half by train and costs £9.90, £12.10 or £18.15 depending on what senior discounts you are entitled to. By chance we met up with one of Ken’s friends who was making her way to Lytham and joined us on that section of the journey. 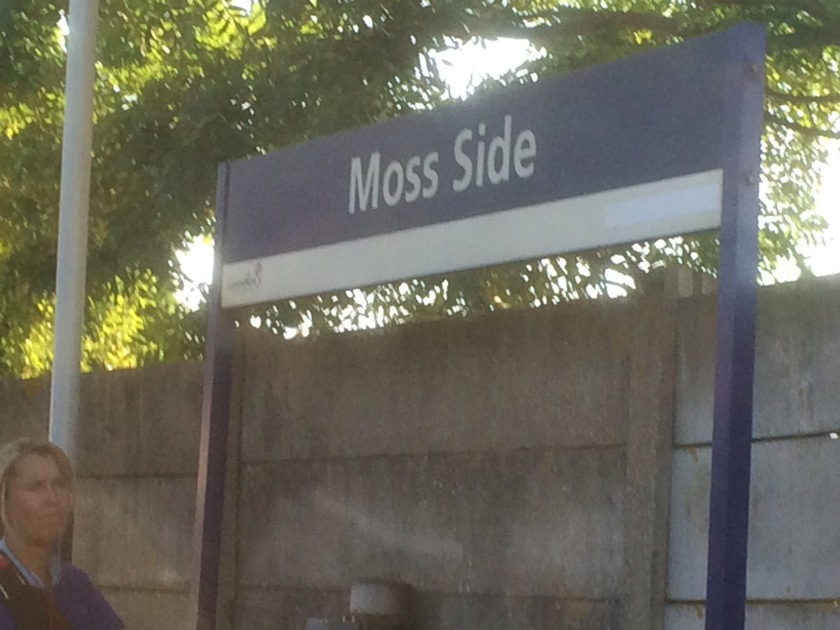 Lytham and St Anne’s are two separate towns, which are often joined up as “Lytham St Anne’s” apparently much to the annoyance of the local residents.

We made our way to the Trawl Boat Inn and ate our meals outside as the sun was shining brightly and it was such a glorious day. 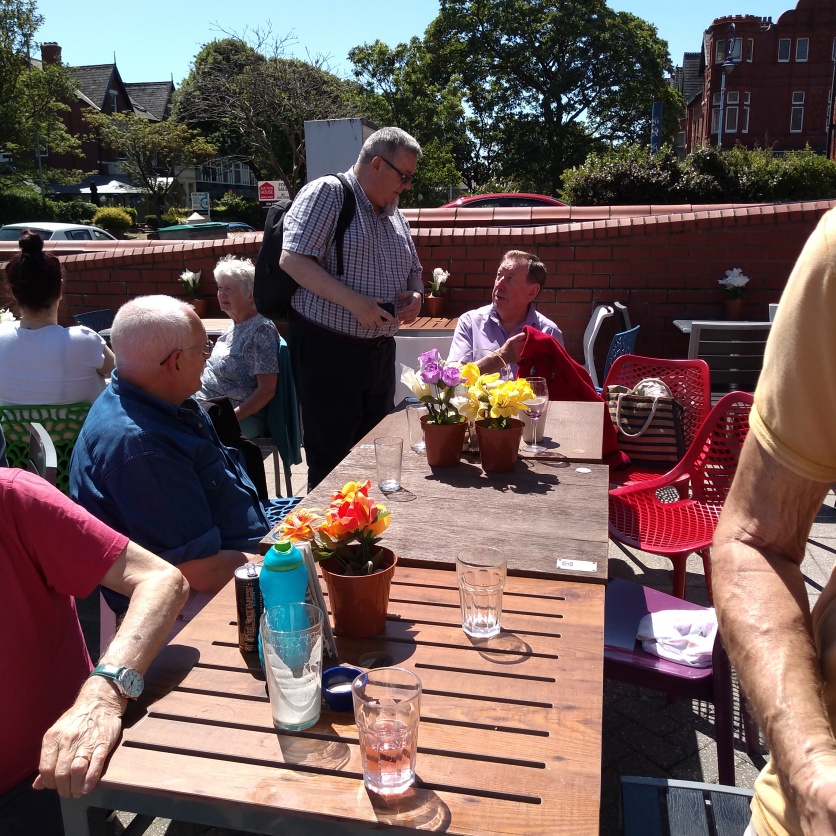 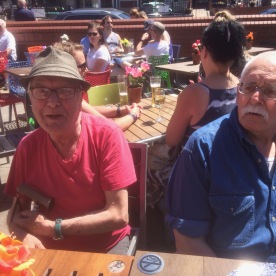 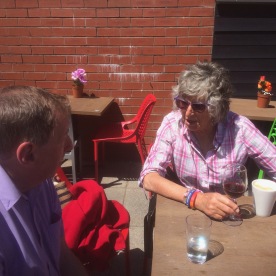 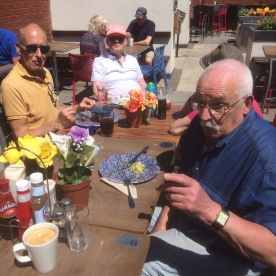 We then walked to the sea front. There were miles of sandy beaches as the sea could only be seen in the far distance. People were relaxing, boys were playing football and donkeys were giving rides.

We walked along the pier through a noisy amusement arcade, past a couple of cafes, to the end, but still the sea was far away. From the end of the pier we could see the “Big One” in Blackpool (the UK’s tallest roller coaster ride at an impressive 235 feet!) but not Blackpool Tower.

The pier had a notice board showing the history of the pier. This included a poster for the performance of a gay summer show with a brilliant cast called “Let’s Go Gay” opening on 28 June 1958 (61 years ago) at the Pier Pavilion, St Anne’s. The guest star was Russ Conway, a popular pianist who had 20 hit singles in the UK Singles Chart including two number one hits. He never came out as gay as, in those days, it would have been career suicide. The show also included The Gay Four and was presented by the Noel Gay Music Co Ltd.

Whilst others walked along the front, Walter and I sat down with ice creams, which cost the same price as a mortgage on a small house in 1958, and reminisced about Doris Speed who used to play pub landlady Annie Walker in Coronation Street. All in all, a great day out.

Today is the 50th anniversary of the Stonewall riots, which helped spark the fight for LGBT rights around the world. 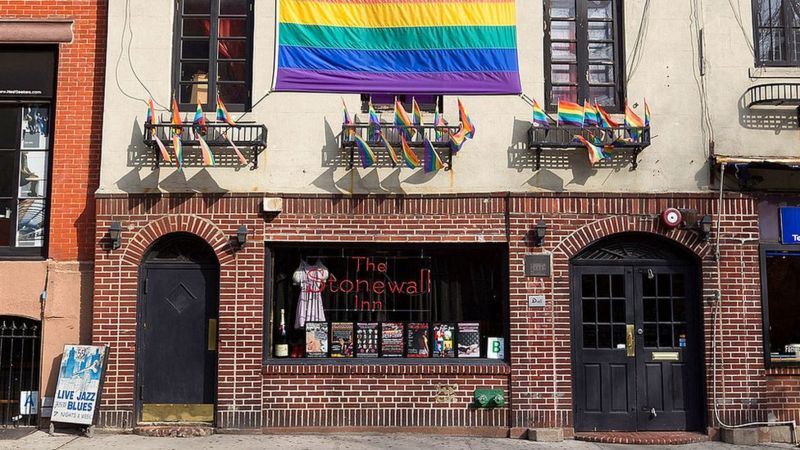 Being gay or transgender was classified as a mental illness. Gay people were regularly threatened and beaten by police, and were shunned by many in society.

But the Stonewall riots in 1969 were a landmark event in history, which helped to fight homophobia and campaign for equal rights. 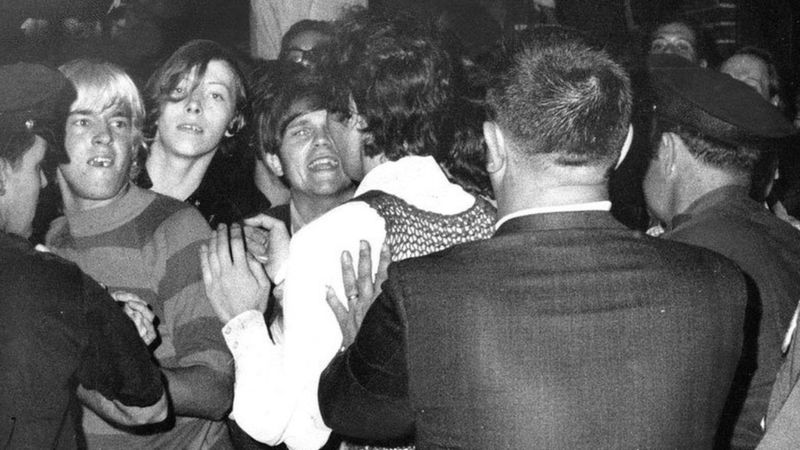 On 28 June 1969, police raided the Stonewall Inn – a bar in the gay area of New York, US. It was the second time that week the police had raided it. They threw 200 people out onto the streets and beat up some people.

The community were angry about the way they were being treated by the police, so they chose to fight back.

This event triggered a week of protests and rioting by people, who were fed up of being harassed by the authorities.

News of the riots spread around the world, and this inspired others to join protests and rights groups to fight for equality. 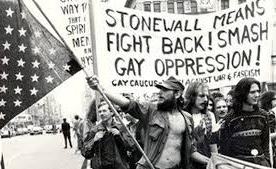