The Portland Basin Museum in Ashton-under-Lyne is fantastic, but not too easy to find! Although the train from Manchester Victoria to Ashton-under-Lyne takes only nine minutes, the museum is a further twenty minute walk. We decided to take the bus.

We were directed to a ginnel which lead to the canal towpath. The museum was just a little way down over a bridge. The museum cafe was offering special meals to celebrate the International Day of Older Persons. 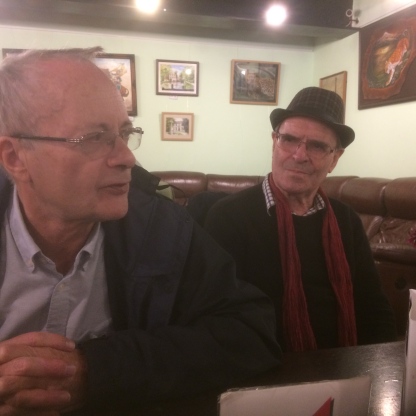 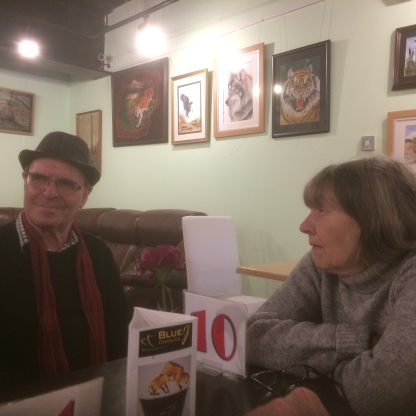 The 1914-18 street brought back many happy memories of drying clothes in the kitchen above the fire, the piano in the front parlour and playing hop-scotch in the school playing ground. The chip shop offered large fish for 4d and chips at 2d (that’s old money) and the grocers had a Christmas Club where you paid what you wanted each week in order to save for Christmas.

Stuart remembered spitoons and sawdust in the pub and the doctor advised against the demon drink on Mondays.

The street featured “Votes for Women” posters and had some interesting information on the sufragettes. 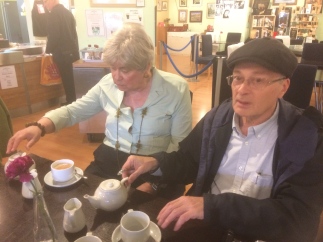 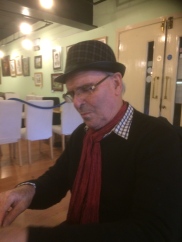 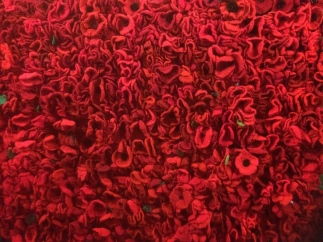 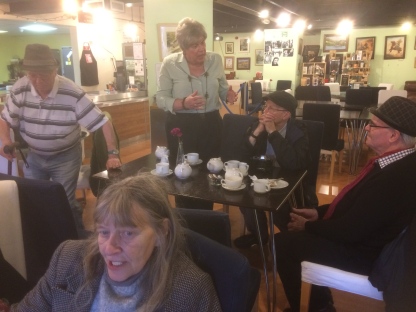 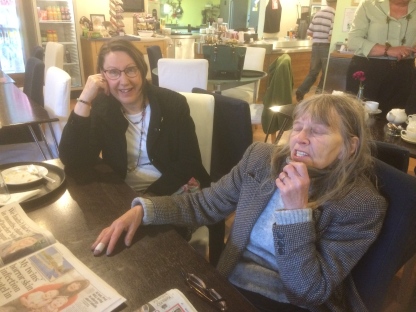 Everybody enjoyed the day out which also included trying on some hats and gloves.