We made our way to Victoria Train Station only to find there was a replacement bus service between Manchester and Stalybridge. We took the tram to Piccadilly so we could travel directly and in the meantime as a consolation the meat-eaters had a Gregg’s sausage roll (other sausage rolls are available).

Holmfirth is reached by taking a short bus ride from Huddersfield and became well known as the filming location of the BBC’s situation comedy Last of the Summer Wine. 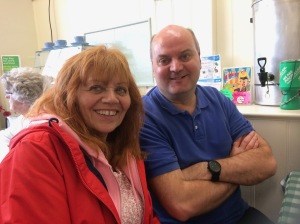 Some of the party went on a 45 minute sightseeing tour, while the rest of us had fish and chips and relaxed in the village.

On the way back, in Huddersfield, we spotted an old fashioned sweet shop as well as an interesting sign. 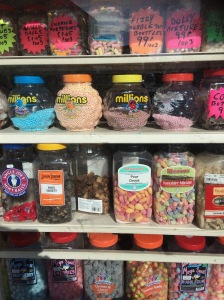