On Wednesday evening, four of us strolled down to The Stoller Hall to hear a piano recital: Etudes Symphoniques, Op.13 with 5 variations by Robert Schumann and Piano Sonata No.3 in F Minor by Johannes Brahms.

The pianist was Vesselin Stanev, whose career has taken him to major concert venues in London, Frankfurt, Berlin, Leipzig and Paris as well as the Nordic countries, Russia and Japan. He has enjoyed successful collaborations with conductors such as Alexander Lazarev, Hubert Soudant and Paul Daniel (“You’ll like this … not a lot, but you’ll like it!”).

We had an enjoyable evening as well as a pre and post-concert drink at The Beer House Bar & Kitchen in Victoria Train Station.

We made our way to Liverpool, and after dining at The Pump House in Albert Dock, we visited the International Slavery Museum. The museum builds on the success of The Transatlantic Slavery Gallery which was opened in 1994 by Maya Angelou.

We went specifically to see the “Journey To Justice” exhibition. Powerful and moving personal stories reveal the circumstances that lead ordinary people to take action for social justice. The exhibition features music, audio and photography. 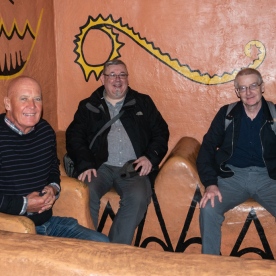 Some parts of the exhibition were difficult to take in – I’m thinking about man’s inhumanity to man – but I felt inspired by a poem written by residents of the Steve Biko Housing Association:

On this journey we are all sisters and brothers.

It doesn’t matter what’s your colour we should all respect one another.

We all come from Africa one and the same,

From one bloodline everybody came.

Some places were cold while others were hot.

Awash in sunshine each and every day

By the rivers the beaches and in the hills we would play.

We laid the foundation for the future generation

To make a stronger nation we need their cooperation.

We have been through the stormy weather

And we are all still here together.

We are even stronger than ever as long as we are together.

Yes! stronger than ever as long as we are together.”

Close by was the Liverpool Museum which featured another exhibition – “Tales From The City” (Stories, objects and memories from Liverpool’s LGBT+ community).

The exhibition reflects how the lives and experiences of Liverpool’s LGBT+ community have changed from 1967 to 2017. Individual stories are told through a mixture of objects, costume, art, photography, film and oral history interviews. The exhibition also explores the impact of national events such as Section 28, civil partnerships, marriage, age of consent equality, and equal adoption rights. 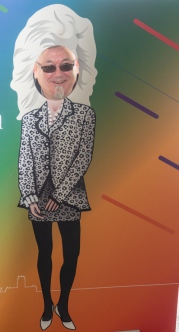 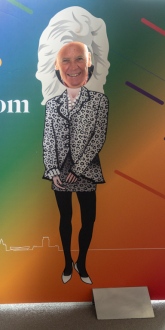 The experiences of Liverpool’s LGBT+ community reveal devastating cases of discrimination and prejudice but also examples of self-determination, resilience and creativity. 50 years on from the 1967 Sexual Offences Act, the exhibition offers a reflection on the significant advances that have been made, while also remembering there is still work to be done for full equality.

One thought on “Piano recital / Liverpool”